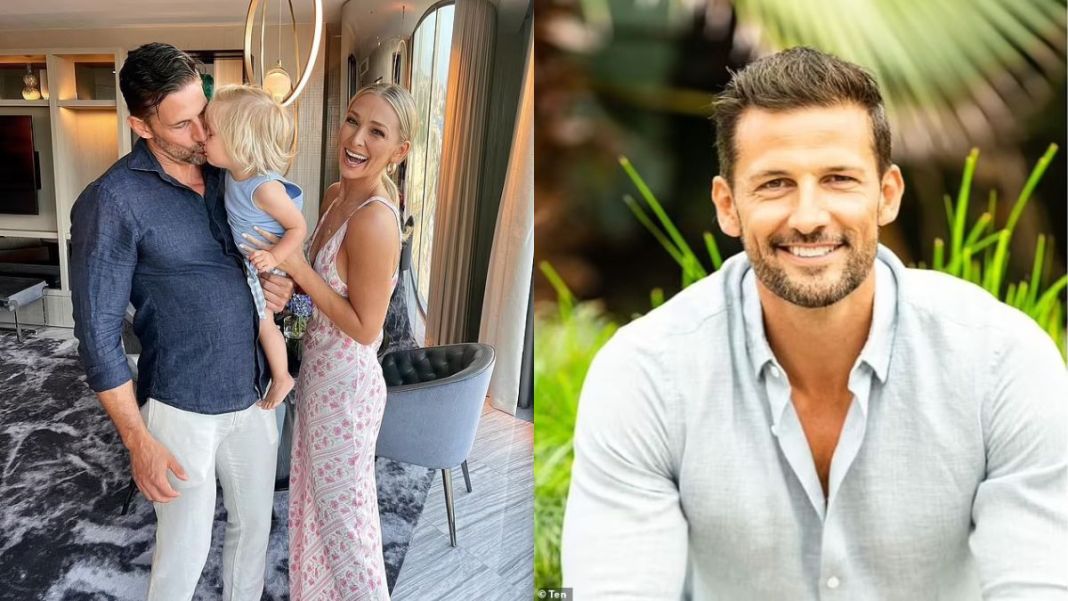 Tim Robards has revealed that he will return to Neighbours for the season finale, which will feature a star-studded cast.

After its British broadcast partner, Channel 5, said it would no longer fund the production, the long-running Australian serial is being cancelled after 37 years on the air.

On Hit100.9’s Dan & Christie, the former Bachelor, 39, stated that he leaped at the chance to return since he felt his character never completely got closure.

His contract was supposed to last until 2020, but it was cut short when his wife, Anna Heinrich, became pregnant with their first child, and he struggled with the weekly drive from Sydney to Melbourne, where Neighbours is shot.

‘It was like a breakup and not having closure,’ the doctor said on the radio show.

‘It was lovely to travel back and meet everyone again, say a real goodbye, and sort of wrap up that character, which I never got to do.’

‘Christie would always say, ‘I’m so sorry, I just ate a curry,’ or something along those lines, continuously apologising for how terrible her breath was!’ he revealed.

‘It was never that horrible,’ she says.

Tim announced in March that he will be leaving soap operas behind and concentrating on achieving success in Hollywood.

‘I’ve always wanted to play James Bond. ‘I also adore everything Christian Bale does,’ he told Stellar magazine in The Sunday Telegraph.

‘Neighbours’ is a soap opera, hence it follows a specific format. Everyone is larger than life, so the acting and storylines aren’t always the most realistic, so I’m looking forward to doing things where I can tone it down a little bit and it’s not that soapy.’