Home and Away cast snap confirms Sophie and Patrick’s exit 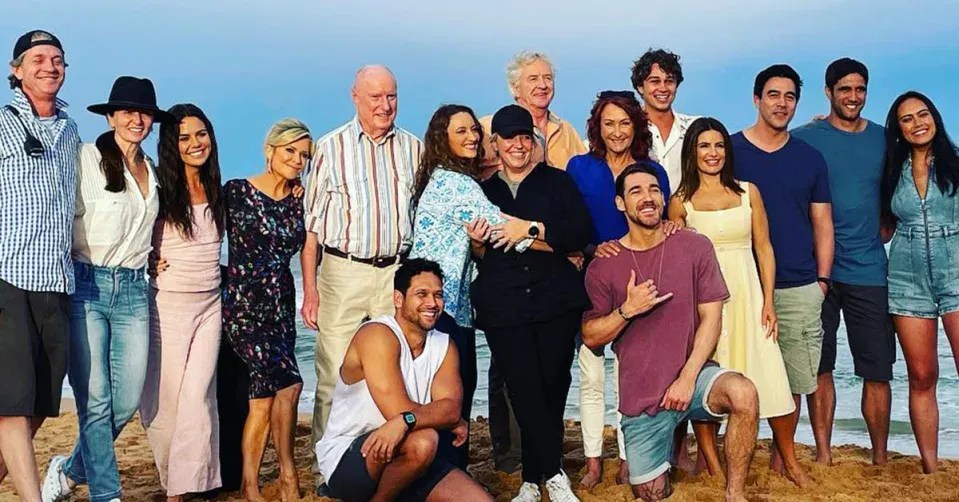 Home and Awayfans have been left devastated after a seemingly innocent photo of the cast was shared on Instagram. In the snap, smiling cast members stand with producers on the beach during a day of filming.

Lynne McGranger, who plays Irene Roberts on the soap, shared the photo to welcome the newest cast member Kyle Shilling. The Indigenous rapper is taking on the role of Mali Hudson who has a link to a fan-favourite character.

Although the adorable picture appears to be normal at first look, viewers instantly realized that Patrick O’Connor (Dean Thompson) and Sophie Dillman (Ziggy Astoni) were absent.

Since a fan witnessed the couple filming a farewell sequence on location earlier this year, rumors have been circulating about their impending exit. The couple was seen at the scene loading their car before leaving the harbor.

Fans haven’t seen the on-screen and off-screen couple filming at Palm Beach since that time. Instead, during the past few months, Sophie and Patrick have been traveling, and Patrick has dyed his hair a blonde color.

Fans noticed that there were “a few missing” from the cast photo right away, and Lynne seemed to confirm Sophie and Patrick’s departure from the program.

One supporter said, “Heartbroken that Dean and Ziggy have left,” and then added, “Someone stated yesterday they recorded final scenes in September.”

When Lynne informed the fan that it was “July/August,” there was an immediate outpouring of support on social media.

Without them, “Home and Away” wouldn’t be the same, a fan commented, so “Ziggy and Dean [better] not leave.”

“Dean is one of the most relatable characters, in my opinion…

It is sometimes simple to forget that the characters are actors, and some of them desire to take a break or move on to other roles. It’s sad, but fantastic to see new talent emerging as long as the themes are strong,” a second person commented.

Seven has been contacted by Yahoo Lifestyle for comment.