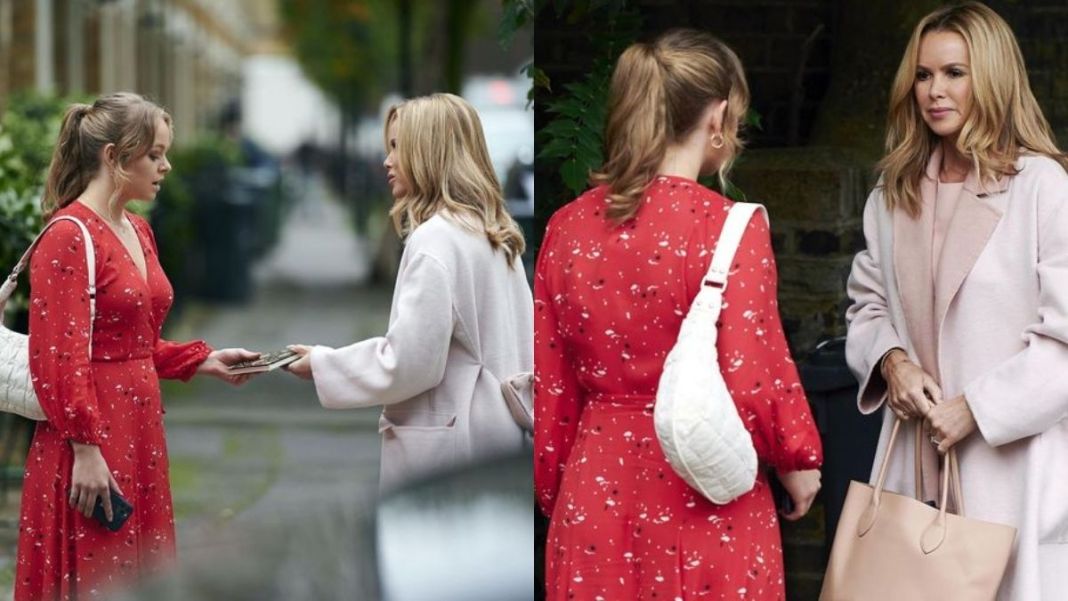 Jemma’s character Harlow Robinson discovered on Tuesday’s episode on Channel 5 that her aunt had betrayed her by following the secretive Restoration Order cult’s orders.

Harriet, who is played by Amanda Holden of Britain’s Got Talent, made her first appearance on the show yesterday as part of a special London-themed plot.

Harlow liked hooking up with Harriet during her journey to the United Kingdom at first, but she soon discovered that not all was as it seemed.

Harriet stole Harlow’s late mother Prue’s diary with the intention of selling it to the Order for £10,000.

Harriet was embarrassed by her conduct, but she admitted that she needed the money badly after losing her job and accruing credit card obligations.

When asked if forgiveness is in the cards, Jemma clarified to Digital Spy: “[Harriet] has no bad intentions, and I believe Harlow is aware of this.

“But she’s definitely had a lot of betrayal in her life, and it’s likely that it brings back memories of her mother – as well as all she’s been through with Paul, Hendrix, and Brent.

“It’s definitely unfortunate, but she’s also really loyal to her family, so the relationship won’t be forever ruined because Harriet is one of her best friends.

“Harriet would undoubtedly feel like she’d lost a piece of her mother if you took her away. I believe she understands why she did it.”

Returning to the Restoration Order topic, Jemma went on to say: “Prue mentioned it briefly, and it’s a fascinating subject. It’s also make-believe, so there’s a lot you can do with it in that regard.

“It’s not good if you bring up the Order! It’s always accompanied by some drama, which is entertaining.”